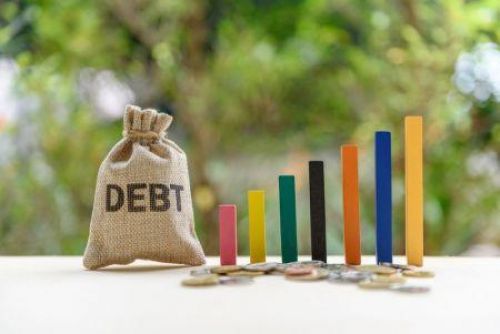 (Ecofin Agency) - In Nigeria, public debt is stable and below the government-set threshold of 40% of GDP. However, the disruption of oil production is pushing the authorities to borrow more funds to offset the rising budget deficit.

Nigeria’s public debt rose to US$103.3 billion in Q2-2022, according to a report released by the debt management office DMO, yesterday.

Most of Nigeria's debt is funded by domestic borrowing, which reached US$63.2 billion during the period under review. According to the DMO, this amount is due to "new Borrowings by the FGN [the Federal Government of Nigeria] to part-finance the deficit in the 2022 Appropriation (Repeal and Enactment) Act, as well as New Borrowings by State Governments and the FCT [the Federal Capital Teritory].”

Nigeria has been facing large budget deficits in recent years due to disruptions in oil production, the main source of government revenues. The disruptions are caused by production delays, vandalism, and theft on oil sites across the country.

According to a report by the Extractive Industries Transparency Initiative (EITI), Nigeria lost US$5 billion in oil revenues to production delays in 2020. Recently, the Nigerian Upstream Petroleum Regulatory Commission (NUPRC) announced that the federal government recorded a loss of about US$1 billion between January and March 2022 due to oil theft.

According to the central bank of Nigeria, in Q1-2022, the country’s fiscal deficit was 70% higher year-on-year. To address the situation, authorities borrow funds mostly on the domestic market while trying to minimize their exposure to external borrowings.

"While the FGN continues to implement revenue-generating initiatives in the non-oil sector and block leakages in the oil sector, Debt Service-to-Revenue Ratio remains high," the DMO writes.