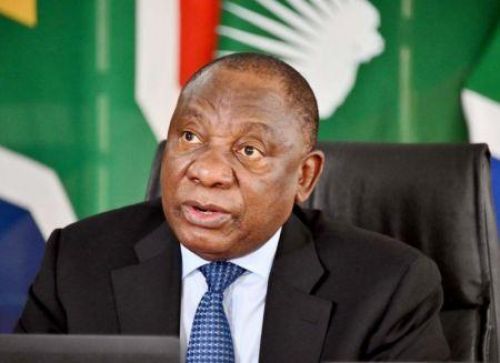 (Ecofin Agency) - The President of the African Union, South African Cyril Ramaphosa (pictured), restated on September 22 the call for greater representation of African countries on the United Nations Security Council.

Delivering a pre-recorded message to the virtual session of the 75th UN General Assembly, Ramaphosa said Pretoria is still campaigning for the inclusion of several African countries as permanent members of the Security Council.

He said, "the current composition of the Security Council does not reflect the world in which we live. On the occasion of the 75th anniversary of the UN, we repeat our call for greater representation of African countries on the Security Council, and that this will be taken up with urgency at intergovernmental negotiations.”

According to the AU President, “it is only through a reformed and inclusive UN Security Council that we will be able to collectively resolve some of the world's most protracted conflicts.”

Finally, the South African leader also called “for the suspension of interest payments on Africa's external and public debts.”