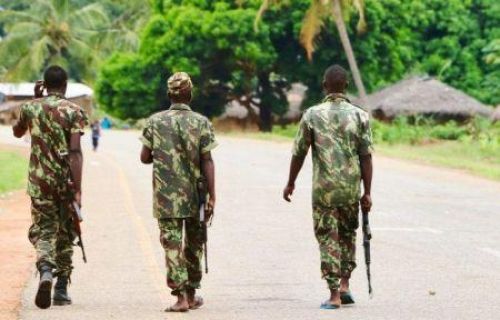 (Ecofin Agency) - The government of Mozambique has asked the European Union for help in fighting against an Islamist insurgency in the north of the country.

Mozambique asked that the local army be trained by European forces and that medical and humanitarian assistance be granted to the victims of conflicts.

Since 2017, the province of Cabo Delgado has been the scene of violent exactions by Islamist groups affiliated with the Islamic State which carry out increasingly repeated attacks against civilians and military personnel. In recent months, Maputo has expressed its concern about the resurgence of these attacks, due to their proximity to the installations that will serve the gigantic gas project "Mozambique LNG."

At the end of August, the government and Total Group, operator of the gas project, signed a memorandum of understanding to create a Joint Task Force, whose mission is to ensure the security of activities in the project's area of operations.

According to an EU spokesman, quoted by Reuters, "the government of Mozambique and the EU have opened a policy dialogue, with a focus on humanitarian development and security issues in Cabo Delgado," and a response will be "prepared and sent in due time."

As a reminder, the violence in the north has already caused the displacement of 300,000 people, according to UN figures.