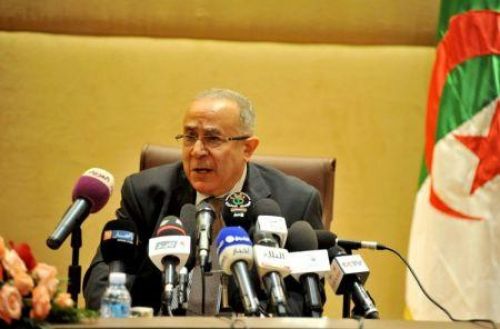 (Ecofin Agency) - The Algerian government announced it has broken off its diplomatic ties with Morocco. "Algeria has decided to break its diplomatic relations with Morocco from today," Foreign Minister Ramtane Lamamra (pictured) said yesterday August 24.

The information comes after tensions between the two countries escalated in recent months. Last Wednesday, Algiers denounced "incessant hostile acts" carried out by its neighbor, accusing Rabat of being involved in the wildfires that killed 90 people in Kabylia. These acts "perpetrated by Morocco against Algeria have prompted the review of relations between the two countries and the intensification of security controls at the western borders,” the Algerian High-Security Council said.

Algeria and Morocco have been in opposition on several issues for years. Algiers has always granted support to the Polisario Front regarding the independence of Western Sahara, and Rabat on its side supports the self-determination of the Kabyle people. Tensions between them reached another level when Morocco was accused of being involved in the Pegasus affair. Before that, the kingdom was criticized for its rapprochement with Israel and Algerian authorities accused the State of Israel of being, with Morocco, one of the main supporters of two organizations they consider terrorist: the MAK and the RACHAD.

"History has shown that the Kingdom of Morocco has never ceased to carry out hostile actions against Algeria," Minister Ramtane Lamamra said, accusing the Moroccan state of having behavior that "leads to conflict instead of integration in the region.”

Moroccan authorities’ reaction to this decision is awaited.