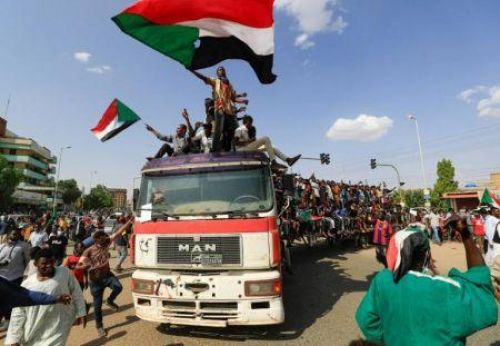 (Ecofin Agency) - The transitional government in Sudan appears to be weakening. While a coup was foiled on September 21, a new attempt has proven successful. Tensions between civilians and military forces have been growing in recent weeks.

Early today, October 25, several civilian leaders of the Transitional Council were arrested by the military. Local sources reported they were taken to an undisclosed location. In a Facebook post, the Ministry of Information announced the arrest of Prime Minister Abdullah Hamdok and his wife. The two of them were also carried to an undisclosed location. Sources said soldiers were deployed on the streets, firing live ammunition at protestors gathered outside the military headquarters. The internet is reportedly shut down in several parts of the country, including Khartoum.

Although no official statement has yet been issued by the army, the arrest occurred in a tense political and social context. A few days earlier, while several protestors held a sit-in in front of the presidential palace demanding a return to military rule and the dissolution of the civilian government, others called on the military to quickly hand over power to civilians.

Although both civilian and military members of the Transitional Council reaffirmed their commitment to continue the democratic process leading to elections, these protests reflect the ongoing tensions between the two groups. The failed coup of September 21 exacerbated the tensions.

The Sudanese Professionals Association (SPA), one of the main civil society groups, called on people to demonstrate against the events taking place in the country. "We urge the populations to come out to the streets and protest […] do not cooperate with the coup plotters and use civil disobedience to confront them," the institution said in a Facebook post.

Let’s recall that Sudan is in the process of canceling its foreign debt. As part of the HIPC initiative, the country hopes to see 90% of its external debt canceled. The Paris Club creditors have committed to cancel $14.1 billion of debt. They did so as the transition government initially agreed to hand over power to civilians. The coup today could jeopardize the ongoing process and many of Khartoum's creditors are already "deeply concerned" about the situation. Organizations such as the U.S. embassy in Khartoum, the United Nations, the Arab League, and the African Union have all reacted to what is going on in Sudan, calling the shareholders to find a trade-off and work together towards peace. Countries including France, Egypt, and Saudi Arabia also expressed deep concern about the situation.