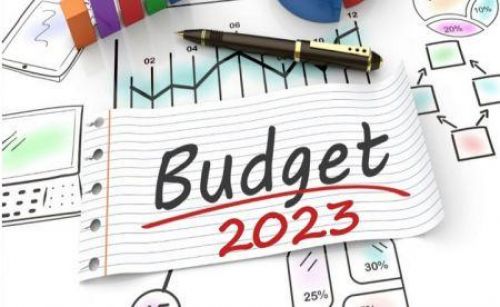 (Ecofin Agency) - On November 17, 2022, the Senegalese parliament launched the sessions for the adoption of the 2023 state budget. The budget submitted by the government provides for over US$8 billion in expenditures to address four main challenges.

Senegal recently approved its 2023 finance bill, setting over US$8 billion in expenditures against US$6.4 billion in revenues expected. The expenditures are devised to address health, climate change, economic, and energy challenges.

One of the government's priorities will be the deployment of a virus adaptation and resilience strategy. The initiative echoes the health sector improvement project, which was decided following the coronavirus crisis that harmed the global socio-economic environment in general and Senegal in particular. Although the pandemic has been relatively contained in Senegal, it has highlighted certain shortcomings in the West African country's health system.

"Currently, although it is yet to be fully defeated, the disease is more or less under control in most countries, starting with Senegal whose management is seen as a model of some kind. But a worrying reality has come to the fore [...]: humanity will have to face other global pandemics in the future, at increasingly shorter intervals. […] The State needs to learn its lessons by constantly reinforcing and adapting the health system, because, at the same time, citizens are no longer resigned to suffering and death. They demand to be well cared for and to be able to live in good health as long as possible,” the government said in its bill.

A total of US$428 million in commitment authority, with US$381.5 million in payment appropriation was allocated to health projects.

The second challenge targeted by the 2023 budget is climate change.  The climate crisis, which is hitting Africa hard, is a concern for African leaders because of its socioeconomic impacts.  For several years now, developing countries, including Senegal, have been pleading for more funding from rich countries.

As the issue is becoming more pressing, African governments are gradually including it in their finance bills.

"Climate change is a colossal budgetary challenge due particularly to flood control and water management in agriculture, road maintenance, and sanitation issues. The budget proposal covers them all,” the bill explains.

With food prices rising globally, the fight against inflation and adaptation to tensions in the oil market were also covered by the proposed 2023 budget. At the end of July 2022, inflation in Senegal stood at 11% year-on-year (one of the highest in the WAEMU region), due in particular to the 17.2% food price increase caused by the war in Ukraine.

"Due to external shocks, inflationary pressure is expected to persist and grow in 2022 reaching 8.7% according to economic forecasts. As the factors causing inflation have not disappeared, the government intends to continue to protect the Senegalese population against its most harmful effects. This decision is presented in the 2023 budget proposal,” we read.

To finance the activities planned, authorities expect an increase in public revenues, from US$4.8 billion (this year) to US$5.4 billion. They also expect non-tax revenues amounting to US$152 million and various loans.

Let’s note that the 2023 budget targets double-digit growth, namely 10.1% against 4.8% for 2022. In the medium term, the country’s growth is expected to be stimulated by oil production and its externalities, through the Grande Tortue Ahmeyin (GTA) and Sangomar projects.