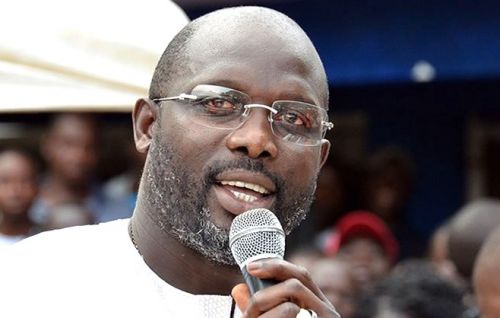 (AfDB ) - Liberian President George Weah has supported calls for agriculture to play a larger role in his country’s economy.

Speaking on 25th July 2019 at a donor meeting with African Development Bank President, Akinwumi Adesina, Weah said his government was contemplating the establishment of an agricultural bank.

Adesina was quick to advise that such a bank should be called an “agribusiness” bank to acknowledge the economic benefits of the transition from primary production to industrial marketing.

Weah acknowledged the immense contribution of the African Development Bank to the development of Liberia, and stressed his government’s commitment to transforming the lives of Liberians through decisive implementation of the national development framework, the pro-poor agenda for prosperity and development.

President Adesina confirmed that the African Development Bank and the Liberian government would partner to create new opportunities to boost the Liberian economy. He also praised the Liberian government for the successful review of its wage bill, and for the quality of the continuing talks it was conducting with the International Monetary Fund. “A system based on rents and royalties cannot fight corruption. There can be no added value and process for economic development,” Adesina said.

Adesina also stated that Liberia was endowed with fertile land and substantial agricultural potential and should not have to spend $20 million annually to import rice, its staple food. He added that while Liberian infrastructure was adequate, investing heavily in agriculture would quickly transform the Liberian economy, creating jobs for its people, 46% of whom are under the age of 50.

He pledged the African Development Bank’s support to Liberia through the smallholder agriculture productivity enhancement and commercialisation project, to create special agro-industrial processing zones close to farmers, where there would be power and water supplies, roads, and facilities to produce and process staple crops, creating more jobs.