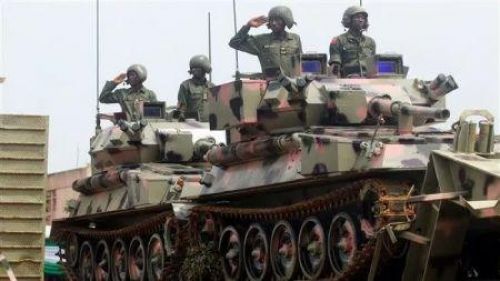 (Ecofin Agency) - Faced with a tough security situation, Nigeria increased its military spending in recent years, to improve its military power. Early this month, the country received approval for its about US$1 billion weapons and military equipment purchasing plan.

According to the institute, in 2021, Nigeria spent US$4.5 billion to strengthen its military in response to its “various security challenges, such as attacks by Islamist extremists and separatist insurgents.”

Indeed, over the past few years, the country’s security environment has worsened significantly due to attacks by Islamist sects Boko Haram and Islamic State in West Africa Province (ISWAP). The security challenges are further worsened by armed groups (bandits) who carry out mass kidnappings and reinforce their influence with the ransoms collected or by collaborating with terrorist groups.

In sub-Saharan Africa, Nigeria has been the country that spent the most to improve its military power in 2021. In the whole of Africa on the other hand, it was Algeria with its US$9.1 billion spent for military purchases. Overall, Africa spent US$39.7 billion for that purpose during the period.