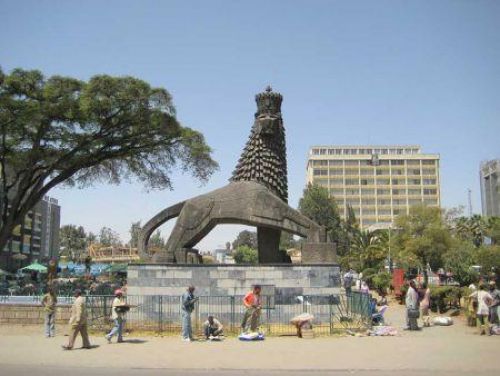 (Ecofin Agency) - The aid, which comes after a US$476 million assistance granted to Somalia, is announced by Washington at a time when the Head of Russian diplomacy, Sergei Lavrov is visiting Ethiopia.

The U.S. will provide an additional US$488 million in assistance to Ethiopia. The assistance was announced in a statement issued by the U.S. embassy in Addis Ababa, Ethiopia, on Wednesday, July 27.

The assistance will be disbursed through the U.S. Agency for International Development (USAID).  It aims to address the humanitarian crisis ongoing in Ethiopia. It will specifically help address the unprecedented drought that threatens the survival of 8.1 million people, according to USAID figures.

Part of the funds will also help provide emergency food assistance to millions of food-insecure people while another part will help reduce child malnutrition and support the resilience of the population and agricultural producers.  It will also improve water supply and emergency healthcare as well as protect women and children against gender-based violence.

This aid comes after USAID Administrator Samantha POWER announced that on July 19,  the U.S. would provide about US$1.2 billion in assistance to Somalia, Kenya, and Ethiopia, to address immediate humanitarian needs in East Africa. The USAID stressed that US$476 would go to Somalia.

“In some drought-affected parts of [Ethiopia], armed conflict is limiting access to food and income, while the rising cost of food, fuel, and fertilizer exacerbated by Russia’s unprovoked and unjustified invasion of Ukraine is making it more difficult for families to afford the essentials they need,” the US embassy to Addis Ababa indicates.

The assistance is announced at a time when Russian Foreign Minister Sergei Lavrov landed in Ethiopia yesterday, July 26, in the framework of an African tour aimed at strengthening Russia’s links with its African partners.

Let’s note that in May 2022, the United States of America announced economic and security assistance restrictions against Ethiopia due to the months-long conflict in Tigray. Humanitarian assistance was not affected, however.