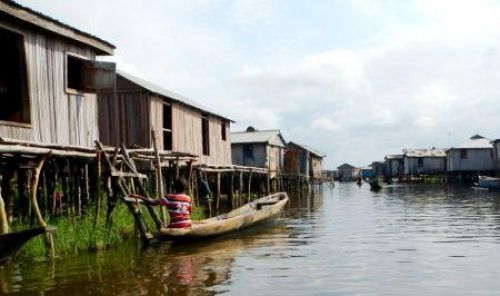 (Ecofin Agency) - The French Development Agency (AFD) is giving the Republic of Benin $41.5 million to renovate the lacustrine town of Ganvié. The agreement was inked Thursday by Benin’s minister of finance, Romuald Wadagni, the French Ambassador to the country, Véronique Brumeaux, and the AFD’s MD, Adrien Haye.
The sum is split into about $37.6 million of credit and $3.8 million of grant. With this project, the government of Benin wants to give a new face to the “Venise de l’Afrique,” currently on UNESCO's World Heritage Tentative List of nominations, in order to boost tourism revenues.
Work consists of the construction of a flood-adapted road between the towns of Akassato and Sô-Ava, the development of the Abomey-Calavi pier and fish market, the connection of residents to public water and electricity networks, as well as the rehabilitation of collective and community spaces such as the Maison de la Francophonie.
“The preservation of the biodiversity of Lake Nokoué, through the sustainable exploitation of its resources and the promotion of economic activities alternative to fishing, is also one of the aims of the project,” the French Embassy said in a statement. The project is expected to benefit about 50,000 people.
Moutiou Adjibi Nourou