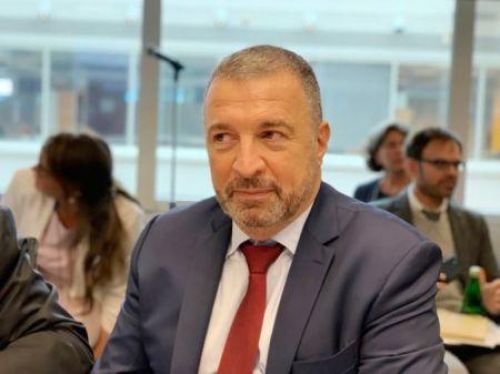 (Ecofin Agency) - The Democratic Republic of Congo could benefit from a series of disbursements form the World Bank. This was revealed by Jean-Christophe Carret (pictured), World Bank Country Manager, during a recent interview with Bloomberg.

According to him, the institution is ready to grant DR Congo up to $3 billion to handle the repercussions of Covid-19 on its economy. The country suffered a decline to 0.8% in economic growth last year; more than 31,000 people have been infected by the pandemic and at least 780 have died.

However, Jean-Christophe Carret says, the World Bank conditions its grant on the settlement of a number of conflict situations in the country. These include the political tensions between the supporters of President Félix Tshisekedi and his predecessor Joseph Kabila for control of power. Tensions hamper the implementation of many reforms in the management of public finances, governance, and public enterprises. Jean-Christophe Carret indicated that the complicated political history of this country has not yet created space to implement reforms.

The World Bank representative also recalled that the ongoing investigation on the misuse of funds intended for the education sector is an obstacle to the disbursement of a new financing in the sector. Moreover, the World Bank also required that talks between the IMF and DRC on a loan program be concluded successfully before allocating $200 million in support to Central Africa’s largest country. The availability of these funds would finally allow the DRC to revive an economy that has been suffocated by years of mismanagement. With a rather tense political situation and the slowdown of the economy in 2020, the country is going through a socio-economic crisis, with more than 73% of the population living below the poverty line, according to a 2018 World Bank estimate. This situation has been exacerbated by covid-19 and the restriction measures.

World Bank plans to invest $250 million to accelerate the vaccination campaign in DR Congo. Last May 12, the institution signed with the country’s finance ministry a $500 million deal to upgrade infrastructures in the energy and urbanism sector, mainly targeting Kinshasa.