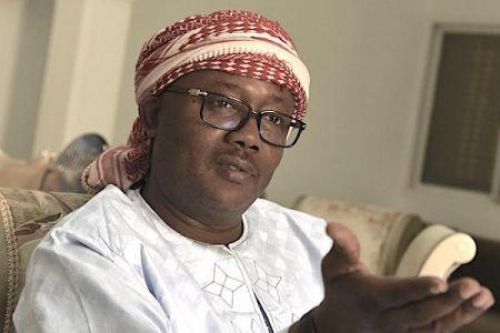 (Ecofin Agency) - Between 2020 and 2022, three West African governments were toppled by military officers. Another one, Guinea-Bissau (headed by the current ECOWAS chairperson) foiled a coup attempt last February.

The Economic Community of West African States (ECOWAS) is mulling over the creation of an "anti-coup force" to combat coups in Africa. The plan was announced today, Thursday (July 28), by Bissau-Guinean President Umaro Sissoco Embalo (photo), the current chairman of the West African organization.

The leader spoke at a joint press conference held during the visit of French President Emmanuel Macron to Bissau. According to him, this force could be the solution to end the political and institutional crises raging in the region in recent years.

"We are already discussing the creation of an anti-coup force [...]. It could be the solution to let everyone know that coups are inadmissible and unacceptable in the 21st century,” said Umaro Embalo.

"No one should believe that there is a fast-track to becoming Head of State [...]  There is a [well-elaborated] procedure. We have to be civic-minded.  Only citizens can choose their leaders [through votes]. However, citizens are sometimes accomplices,”  he added.

In the past two years, three West African countries have had their democratically elected government toppled. They are notably Mali, Guinea, and Burkina Faso. ECOWAS is currently negotiating brief and peaceful transitions with the military juntas heading those countries.

According to President Embalo, whose words were backed by his counterpart Emmanuel Macron, coups are unacceptable in our modern days. The “anti-coup force” can be “an extremely effective tool to fight destabilization in the [West African] region where military groups have exploited the weaknesses of countries, which are either affected by endemic instability or terrorist attacks, to seize power," Emmanuel Macron said.

Let’s note that there are no specific details on the proposed type of this anti-coup-force.