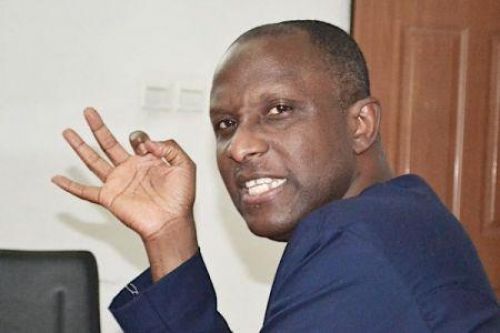 (Ecofin Agency) - The stimulus package established by the Nigerian government to boost the economy in a post-pandemic context has helped restore and create more than 2 million jobs. The information was reported last March 26 by Laolu Akande (pictured), the spokesperson of the Vice President of Nigeria, during a press conference.

According to him, more than N2,300 billion ($6.04 billion) has been earmarked for the Economy Sustainability Plan (ESP) initiated by the authorities in June 2020. The plan was aimed at addressing the economic consequences of the Covid-19 crisis, which slowed down business activities in the country.

The two million jobs created or saved mainly concern the MSMEs (micro, small and medium enterprises, ed) which benefited from the recovery plan, the wage support program, the ongoing rehabilitation works including the 774,000 jobs created as part of the public works ongoing in each of the 774 local government areas.

Despite this announcement, official statistics show that the labor market was particularly affected by the pandemic. Data provided by the National Bureau of Statistics revealed that the unemployment rate in Nigeria jumped to 33.3% of the active population during the fourth quarter of 2020, against 27.1% in Q2 2020. The International Monetary Fund also found in a report issued last year that Nigeria needs to create up to 5 million jobs every year for the next decade to prevent an explosion of the unemployment rate.

With 162,489 confirmed cases and 2,041 deaths, the country is one of the West African countries most affected by the pandemic in an already tough context due to the decline in oil prices. Last year, the Nigerian economy recorded a historic recession, estimated at -3% of GDP by the AfDB.

For 2021, the institution projects the country's growth at 1.5%, due in particular to the stimulus measures described in the Economic Sustainability Program (ESP) and the 2020 budget law which "could stimulate non-oil revenues."