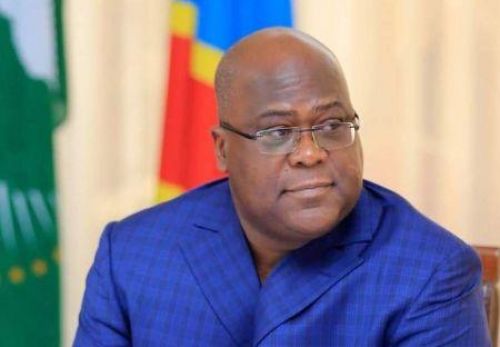 (Ecofin Agency) - In 2019, the Democratic Republic of Congo (DRC) officially applied to join the East African Community (EAC). The country’s application was officially approved during a recent extraordinary meeting of the Presidents of EAC member countries.

The Democratic Republic of Congo (DRC) is now a member of the East African Community (EAC). The announcement was made by the institution in a release issued at the end of a virtual summit held on Tuesday 29 March.

At the time, the newly elected president, Felix Tshisekedi (photo), indicated that his top priority would be getting the country into the East African trade bloc.  The aim was to allow DRC to benefit from the benefits offered by membership to that community. Those benefits include free movement of people and goods as well as security and political benefits. In recent months, DRC signed numerous agreements with its EAC neighbors to participate in inter-state transport projects being implemented in the region.

DRC is the second-largest country in Africa. With its significant mining resources, it is a choice entry point for the EAC, which can now access West African coasts via Banana seaport in Southwestern DRC.

“The EAC now spans from the Indian Ocean to the Atlantic Ocean, making the region competitive and easy to access the larger African Continental Free Trade Area,” indicated Peter Mathuki, EAC secretary-general. Commending the new membership, Uhuru Kenyatta, Chair of the Summit of EAC Heads of States, praised  a “momentous occasion in the region's integration history."