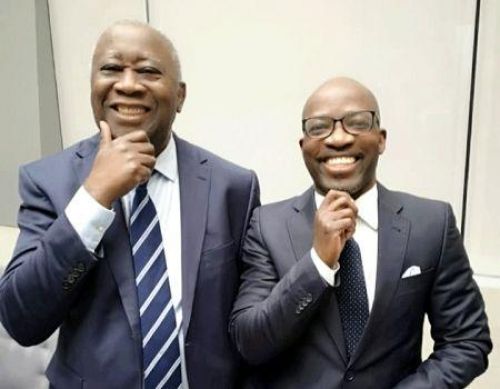 (Ecofin Agency) - The Appeals Chamber of the International Criminal Court said on May 28 it has eased conditions for the release of former Ivorian president Laurent Gbagbo and former minister Charles Blé Goudé.

Revoked conditions include: (1) a ban on movement outside the municipality where they reside in their host country unless otherwise agreed by the court; (2) surrender to the Registry all identity documents in their possession, in particular, their passports; (3) report weekly to the authorities of the host State or the registry; (4) comply with any other reasonable conditions imposed by the State in which they are to be released.

The ICC’s decision follows an appeal by Laurent Gbagbo’s attorneys asking the chamber to review his case and grant him and Charles Blé Goudé conditional release, even though they had already been acquitted of the charges against them.

On January 15 last year, Trial Chamber I of the ICC, by a majority, acquitted Laurent Gbagbo and Charles Blé Goudé of all charges of crimes against humanity allegedly committed in Côte d'Ivoire in 2010 and 2011 and ordered their immediate and unconditional release. A duly motivated written decision was issued on 16 July 2019 but the Prosecution has appealed this decision.

Subsequently, on 1 February 2019, the Appeals Chamber, in a judgment, modified the oral decision and imposed some conditions on the release of Laurent Gbagbo and Charles Blé Goudé. The decision was a controversial one, as it seemed inconceivable to many observers and legal experts to restrict the freedom of persons acquitted after a trial that lasted several years.

With the revocation of these four conditions for the release of Laurent Gbagbo and Charles Blé Goudé, their supporters, who have not stopped protesting since the beginning of this trial for their leaders, can now hope for their return to Côte d'Ivoire. However, this remains hypothetical since, apart from the travel restrictions imposed in the context of the fight against covid-19, they remain under sentence of 20 years in prison each following trials in absentia that took place in the country.