South Africa: Jacob Zuma sentenced to 15 months in prison for contempt of court 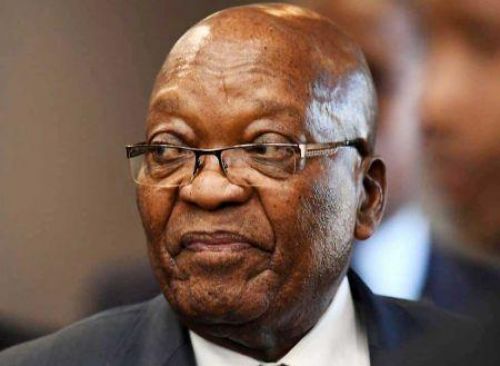 (Ecofin Agency) - Jacob Zuma had refused to testify in an investigation into corruption, in which he was allegedly involved. This prompted the Constitutional Court to issue a ruling forcing him to appear in court, but the former South African president ignored the order.

The former South African president Jacob Zuma (pictured) is sentenced to 15 months in prison by the justice of his country. The decision was pronounced today June 29 by the Constitutional Court.

The decision follows Mr. Zuma's persistent refusal to appear before the Zondo Commission (named after Judge Raymond Zondo), which was tasked with investigating the corruption charges against him. While the investigation was struggling to make progress due to the former head of state's uncooperative attitude, the Constitutional Court ruled in January 2021 that he must appear before the court and no longer remain silent.

Following the violation of this umpteenth decision, the institution finally gave Jacob Zuma until April 14 to choose his sentence for "contempt of court”. An ultimatum that the former ANC leader once again ignored.

“The Constitutional Court has no option but to find that Jacob Zuma is in contempt of court,” said Judge Sisi Khampepe, while reading the sentence on Tuesday. Let’s recall that Jacob Zuma is entangled in several cases of corruption that pushed him to resign from the post of President of the Republic on February 14, 2018, to be replaced by his former Vice President Cyril Ramaphosa. The latter has promised to eradicate corruption from the South African political and economic landscape and is also on the list of personalities to be heard by the Zondo Commission. Ramaphosa is regularly accused by his predecessor of conducting a witch hunt against him.