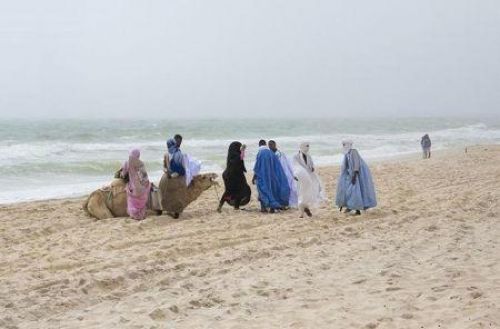 (Ecofin Agency) - Mauritania is facing one of its most serious humanitarian crises due to drought. Its measures to deal with the crisis are backed by international partners.

The U.S. will grant US$11 million in economic and humanitarian support to Mauritania. The information was disclosed in a release published by the U.S. Agency for International Development (USAID) on Thursday, July 28.

This support consists of two grants (US$6 million and 5 million) for emergency food aid to nearly 150,000 people and cash assistance to refugees living in the Mbera camp. The initiative aims to support the local economy by enabling families facing hunger to purchase basic food items in local markets.

The financial assistance will also help strengthen existing social protection and safety nets, build young people’s professional skills and facilitate access to market opportunities through apprenticeships and mentoring. It will also provide financial support to small businesses and network them with private sector partners.  The ultimate goal is to build resilience to short- and long-term food security shocks.

According to USAID estimates, Mauritania is currently facing its most serious food insecurity in a decade.  Nearly 680,000 people are facing a severe food crisis in the country, which hosts close to 87,0000 refugees.

In its fight against food insecurity, the country is supported by several international partners. The U.S., which has already provided US$19 million in assistance, plans to invest US$15 million in the Sahel to  “support innovative, market-based solutions to food production and food security issues.” Last June, Mauritania announced cash transfers to 34,375 individuals and 5,729 families. Overall, US$1.7 million was distributed under the World Food Program (WFP).