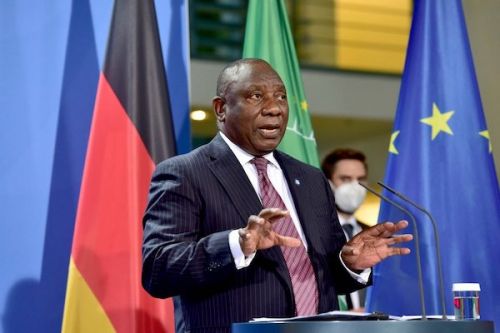 (AfDB ) - Participants of a G20 Compact with Africa meeting this week assessed Africa’s progress in fighting the Covid-19 pandemic. “We are meeting at a pivotal time in the relationship between Africa and the rest of the world,” said Italian prime minister Mario Draghi.

The Compact with Africa is a G20 initiative that promotes macroeconomic, business and financing reforms to attract more private investment in Africa, including in infrastructure.

The conference brought together heads of state of the 12 Compact members and institutional partners, including the African Development Bank and the International Monetary Fund (IMF). It involved strategy discussions around attracting higher inflows of foreign direct investment to Africa and the urgent imperative to develop vaccine manufacture capability on the African continent. Securing the continent’s recovery from the impacts of Covid-19 is one of the Compact’s near-term objectives.

Vaccine inequity was a recurring theme, and heads of state shared reforms that they had undertaken as part of the initiative. Closer international cooperation was urged to address climate change, debt levels and investment shortfalls.

President Cyril Ramaphosa of South Africa emphasized that “Africa will not be able to recover until Africans are vaccinated.” President Emmanuel Macron said France had committed to providing $10 million vaccine doses for Africa.

African leaders expressed consensus on the need for vaccine self-sufficiency as a longer-term solution. President Nana Akufo-Addo of Ghana said there should have been lessons learned from Ebola. European Commission President Ursula von der Leyen drew attention to the initiative to develop mRNA technology in Africa across different regional hubs.

African Development Bank President Adesina referred to gains made by Compact members. “We have seen a lot of improvement in public private partnerships and in the cost and ease of doing business but also in terms of the companies that are investing in a lot of African countries.” He also underscored the African Continental Free Trade Area and its expected impacts.

Other constraints discussed included rising levels of debt and restricted fiscal space resulting from the pandemic. “The reduction of liquidity,” hit us hard,” said Egyptian President Abdel Fattah Al Sisi. Although Ghana sustained growth through 2020, President Akufo-Addo acknowledged that national debt had risen to 77.1% of GDP.

Many speakers noted that reforms were yielding results. The IMF’s Georgieva said that Compact countries outperform their peers. Ethiopia Prime Minister Abiy Ahmed said his country had stabilized its debt through prudent management and opened up its telecom sector for investment.

A virtual session held on the sidelines of the conference provided a forum for German and African private sector representatives to discuss investment opportunities on the continent.

The Conference also included a follow-up session that focused on how to overcome economic, skills and intellectual property constraints to developing domestic mRNA vaccine manufacture across Africa.