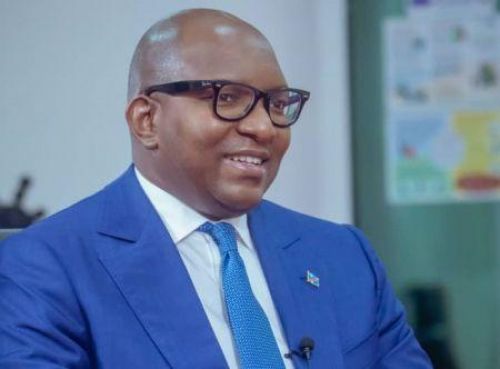 During the TICAD 8, held on August 27-28 in Tunisia,  the Democratic Republic of Congo’s Prime Minister, Jean-Michel Sama Lukonde (photo), called metal buyers to their responsibility for ending insecurity in his country. According to the official, the buyers should always make sure the precious metals they buy come from legal channels.

He explained that improved traceability of the supply channels would deal a heavy blow to armed groups and terrorist organizations that fund their operations with the proceeds from the sales of those mineral resources.

"There is a heightened risk of the insecurity persisting since the growing importance of strategic minerals amid the ecologic transition frenzy is arousing covetousness of networks and countries that loot the natural resources by using armed groups,”  said Mr. Sama Lukonde, in a release published by his communication department.

This is not the first time those concerns are raised. Several reports from international organizations have documented how criminal organizations exert control over the exploitation of DRC's mineral resources, particularly the "3T minerals" (tin, tantalum, tungsten) in North and South Kivu, two important mining regions.

The investigation did not demonstrate collusion between the armed groups and the industry giants however, the latter has important responsibilities. As new technologies such as the 5G are expected to further increase the need for these tech giants to extract materials from DRC, they must ramp up to permanently exclude illegal channels from their supply chain.

For that purpose, they need to collaborate with local authorities, who must also restore state authority in areas controlled by armed groups. Most of the minerals that end up in illegal channels come from artisanal miners. Therefore, there should be an official organization integrating those artisanal miners. The initiatives taken in recent years to ensure traceability in the cobalt supply chain can serve as examples.