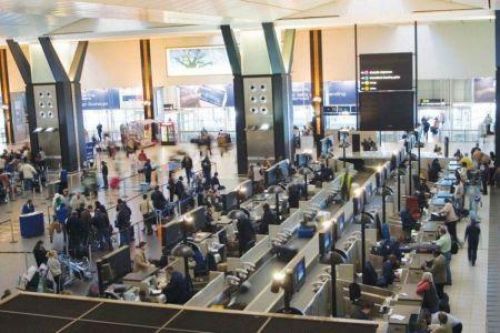 (Ecofin Agency) - In a report issued yesterday November 28, the UN World Tourism Organization revealed that tourist arrivals in Africa fell by 74% in the third quarter of 2021, compared to 2019.

The continent is one of the regions where the decline is alarming. Asia and the Pacific suffered a 95% decline while the Middle East recorded -81%. In the Americas, tourist arrivals dropped by 60% and 53% in Europe.

The report cites Covid-19 as the main cause for this poor performance. Although international tourist arrivals have declined less between January and September (-20%) compared to 2020, than in the first six months of the year (-54%), UNWTO estimates that “total tourist arrivals around the world were still 76% below pre-pandemic levels, with uneven performances in different regions.”

With 8.6 million confirmed cases and 222,301 deaths, according to the latest figures from Africa CDC, Africa is the continent least affected by the pandemic in terms of infections. However, the countermeasures deployed worldwide to stop the pandemic have had direct repercussions on countries where the economy is tourism-dependent.

In Egypt, the sector lost more than 69% in revenues last year. Many countries that have suffered a decline in their tourism revenues have announced new measures to boost the sector. Kenya, Tanzania and Rwanda, for example, have announced incentives such as lower rates and the redevelopment of existing infrastructure to encourage local tourists. However, these measures are not enough to bring tourism revenues back to their pre-pandemic levels, especially with the emergence of the new Omicron variant. Several foreign countries have already suspended their air links with African countries due to this new variant.

“International tourist arrivals are expected to remain between 70% to 75% below 2019 levels in 2021, a similar decline as in 2020. Revenues from international tourism could reach $700-800 billion in 2021, a small improvement from 2020 but less than half the $1.7 trillion recorded in 2019. The economic contribution of tourism is estimated at $1.9 trillion in 2021 (measured in tourism direct gross domestic product) well below the pre-pandemic value of $3.5 trillion,” the report reads.

“The safe resumption of international tourism will continue to depend largely on a coordinated response among countries in terms of travel restrictions, harmonized safety and hygiene protocols and effective communication to help restore consumer confidence. This is particularly critical at a moment when cases are surging in some regions and new Covid-19 variants are emerging in different parts of the world,” the document suggests.