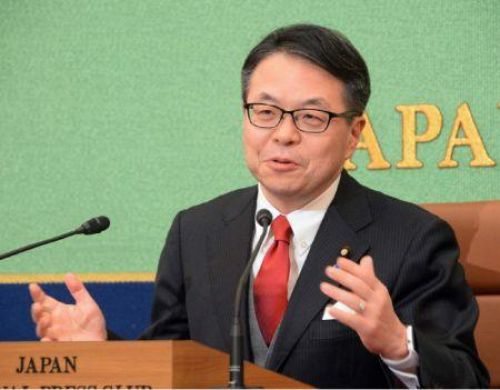 (Ecofin Agency) - Japan is preparing the launch of a trade insurance solution covering the entirety of exports and loans for the infrastructure sector in Africa. According to the Nikkei Asian Review revealing the information on April 29,2019, by launching this credit insurance, Japan wants to catch up with China in the continent.

This solution will be launched in the framework of a partnership between the Nippon Export and Investment Insurance (NEXI), the African Trade Insurance Agency (ATI) and the Islamic Development Bank (IDB). The Japanese economic news website indicates that the trade insurance will be officially announced on May 9, 2019, by Hiroshige Seko (photo), the Japanese minister of economy, trade and industry.

For Japan’s infrastructure exports to Africa, NEXI should cover 85% of the fundings while the IDB and the ATI will cover the remaining 15%.

NEXI will cover 90% of the construction projects and the remaining two partners will cover 10%.

Japan is currently outpaced by China in Africa. Its trade exchange with the continent was estimated at $24 billion in 2015 while Chinese exports with the dark continent were close to $179 billion according to the recent figures available.

That year, the value of Chinese exports to Africa was eleven times greater than Japan’s. In addition, only 1.4% of Japanese exports were destined for Africa.

Close to 10,000 Chinese firms are present in Africa, according to a report published by McKinsey. On the other hand, 440 Japan firms were identified by the Africa Business Partners in the continent. They operate mainly in the mining, automobile, oil and infrastructure sectors.