China to waive $10bln in SDRs for African countries 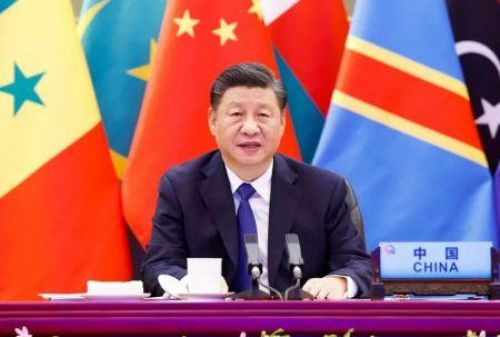 (Ecofin Agency) - China will waive $10 billion of its special drawing rights (SDRs) to support African countries. The announcement was made on Monday by Chinese President Xi Jinping (pictured). This was during the opening ceremony of the 8th Ministerial Conference of the Forum on China-Africa Cooperation (FOCAC).

The decision represents a new step forward in the implementation of the international solidarity program announced several months ago to allow poor countries to benefit from $100 billion in SDRs to boost their economies. In November 2020, the G20 indicated that only $45 billion had been mobilized, with Canada, France, and the United Kingdom in particular participating. Xi Jinping said the amount now reached $55 billion.

This announcement is part of China’s strategy to strengthen its relations with Africa, where the country has become the leading trading partner for several years. China plans to exempt less developed African countries "from the debt contracted in the form of interest-free loans from the Chinese government, whose maturity is set for the end of 2021”.  The Asian country will also implement 10 industrialization and employment promotion projects in Africa, provide $10 billion in credit facilities to African financial institutions and support the development of SMEs.

Overall, China has pledged $20 billion directly in the continent and $10 billion in SDRs. With Chinese companies being encouraged to invest at least $10 billion over the next three years, this makes a total of $40 billion to be invested in Africa.

Although this is a significant amount of funding, it is down compared to the $60 billion announced at the previous summit, which results have yet to materialize. Because of this situation, observers fear that China will not live up to its new announcements.