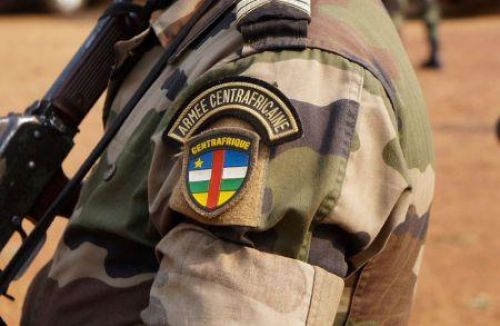 (Ecofin Agency) - Chad accused the Central African Republic army of having committed a "war crime" against its soldiers. Chérif Mahamat Zene, the Chadian Foreign Minister, made the announcement in a statement issued today May 31.

N'djamena says Bangui carried out an attack against its troops deployed on the Chadian territory not far from the border between the two countries. "The Government of the Republic of Chad wishes to inform national and international opinion that the Central African Armed Forces (FACA) attacked the Sourou outpost on Chadian territory, not far from the locality of Mberé and close to the Central African border, at 5:00 a.m. on Sunday, 30 May 2021. This post was manned by 12 elements of the Chadian defense and security forces," the statement said.

According to Chadian authorities, one Chadian soldier died in the attack and five others were executed on the other side of the border while five others were injured. While N'djamena claims not to know the reasons behind the attack, it is difficult to imagine why the Central African Republic would want to start an open conflict with its northern neighbor. Although several prominent Central African figures have regularly accused Chad of supporting Central African armed rebel groups from its territory, the FACA already has its hands full with a long-running operation to recapture the country, due to the difficulties faced by its forces in confronting these groups that control much of the country's wealth.

According to some sources close to the case, who spoke to AFP, the Central African soldiers who led the attack against the Chadian soldiers were pursuing rebels who were trying to take refuge on the other side of the border. The Chadian authorities seem to reject this theory, calling it a "war crime of extreme gravity" and a "premeditated, planned, and deadly attack carried out within Chaian borders" that "cannot go unpunished”.

For now, Central African authorities have not yet commented on the situation. Calling "the international community to witness", Minister Chérif Mahamat Zene announced that Chad "holds the Central African government fully responsible for the consequences of this outright aggression".