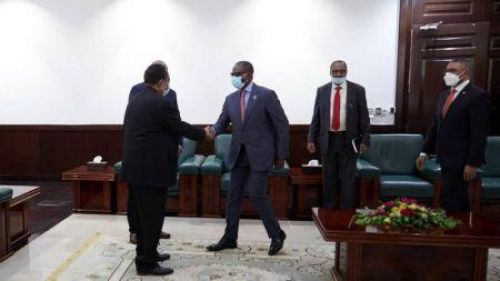 (Ecofin Agency) - Sudan will get assistance from Smart Africa Alliance in achieving its digital migration strategy. The government signed, as part of this framework, several agreements with Lacina Koné, CEO of Smart Africa, during his working visit to the country last August 28-30.

Hashem Hassab Al-Rasoul, the Minister of Communications and Digital Transformation, sees the move as an opportunity to boost the state’s smart government and smart agriculture projects. Lacina Koné's visit to Khartoum follows Sudan's entry into the Smart Africa Alliance last July. The country became the 32nd country to join the Alliance. This was made possible after the US revoked the economic embargo on Sudan in October 2017. Like several African countries, Sudan wants to make digital technology the mainstay of its economy and cut dependency on its oil sector.

Let’s recall that Smart Africa Alliance has received $95,000 from the Arab Bank for Economic Development in Africa (BADEA) to carry out a feasibility study on the "One Africa Network" (OAN), the project of creating a single telecom network to reduce the cost of roaming across the continent.