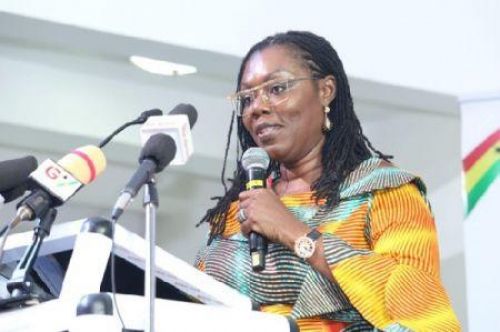 (Ecofin Agency) - Like many African countries, Ghana is currently engaged in a SIM card registration process. The campaign, which began in October 2021, was due to end in March 2022. For several reasons, the deadline has been pushed back to end-July 2022. According to Minister Owusu-Ekuful, it will not be extended again.

Ghana will not extend the SIM card registration deadline. This is one of the information given by Minister of Communications Ursula Owusu-Ekuful at the end of the celebration of the Girls-In-ICT Initiative in Ahafo. According to the government official, unregistered SIM cards will be effectively deactivated by late July 2022.

For Mrs. Owusu-Ekuful, subscribers and cell phone users have had enough time and opportunity to register their SIM cards. So, she advised cell phone users who have not yet registered to do so within the deadline.

The SIM card registration campaign began on October 1, 2021, and was scheduled to end on March 31, 2022. However, the process was slowed by a certain number of factors, including the lack of identification documents. As of March 17, only fourteen million SIM cards were registered while 7.5 million citizens were still awaiting their national ID cards. For that reason, the deadline was extended to July 31.

Once completed, the operation is expected to allow telecom operators to compile demographic databases, for targeted and improved services and offers.  The data should also enable authorities to better regulate the sector, fight cybercrime and improve e-government services in a context marked by accelerated digital transformation.