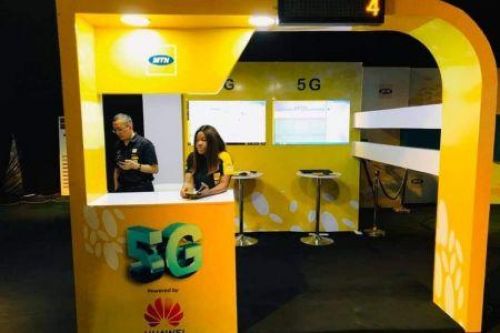 (Ecofin Agency) - In December 2021, the NCC carried out a 5G spectrum auction, which was won by MTN and Mafab. With the announced rollout, Nigeria will soon join the closed rank of African countries where the 5G technology is already deployed.

MTN Nigeria Plc and Mafab Communications ltd will start the rollout of 5G technologies next August 24. This was announced on Wednesday, May 4, by the Nigerian Communications Commission (NCC) while issuing final letters of license awards to the two operators, which won the Fifth Generation (5G) Spectrum Licences auction.

According to the NCC, with the issuance of the final letters, MTN Nigeria and Mafab communications are expected to accelerate the deployment of the 5G, which will “usher Nigeria into a more robust Fourth Industrial Revolution (4IR) and a more digitized Nigerian economy.”

“The 5G network, when deployed, will bring a lot of benefits and opportunities that will engender accelerated growth and smart living in the country. The technology is also expected to bring substantial network improvements, including higher connection speed, mobility, and capacity, as well as low-latency capabilities,” the NCC explains.

In its release, the commission asked licensees to meet the roll-out schedule but it also called for collective efforts and support from the private sector and the government.

After two years of groundwork, the auction of the 3.5 gigahertz spectrum (for the 5G network) was carried out on December 13, 2021. Three operators participated, MTN Nigeria, Airtel Nigeria, and Mafab Communications namely. On February 22, 2022,  the National Frequency Management Council (NFMC) officially handed 5G spectrum allocation and government-approved policy to the NCC. Two days later, the latter confirmed the payment of US$273.6 million by each of the licensees as license fees and the payment (by MTN) of a spectrum assignment fee.