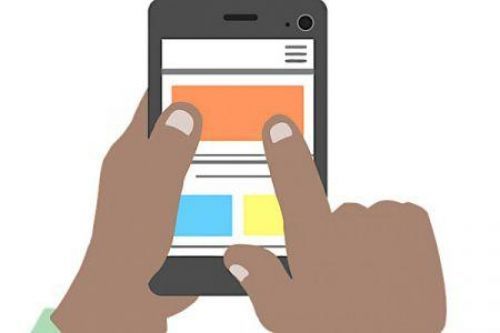 (Ecofin Agency) - An econometric model shows that Kenya’s GDP would have been just US$76 billion, instead of US$84 billion, in 2019 but for mobile money.

The successful adoption of mobile money in developing countries, particularly in Africa, can add one percentage point to the per capita GDP growth every year, says a report recently published by mobile operators Vodafone, Vodacom, and Safaricom in collaboration with the United Nations Development Programme (UNDP).

Entitled "Digital Finance Platforms to empower all: accelerating the SDG impact of digital financial inclusion in Sub-Saharan Africa," the report states that estimating this positive impact of mobile money adoption on the rate of growth of GDP per capita was one of the key findings of econometric modeling carried out in 49 developing countries in Africa, Asia, and Latin America.

The most telling example is the M-Pesa mobile money service, which was launched in 2007 in Kenya by Vodafone, Safaricom, and Vodacom before being rolled out to several other countries on the continent.

According to the report's modeling, Kenya's GDP per capita is now estimated at US$1,600 (constant 2015 US dollars). Without the deployment of M-Pesa, this figure would be approximately US$1,450. Thus, Kenya's GDP, which reached US$84 billion in 2019, would have been only US$76 billion the same year if mobile money was not deployed.

The econometric modeling study was carried out in the framework of the Africa Connected campaign launched in February 2021 by Vodacom, Vodafone, and Safaricom to harness the power of technology to accelerate inclusive economic growth on the continent. The report notes that an earlier World Bank study on the relationship between economic growth and poverty reduction found that every one percentage point increase in GDP growth in a country leads to a 2.59 percent decrease in the number of poor people.

Applying this World Bank study to the Kenyan case, for example, we find that M-Pesa lifted some 430,000 people out of poverty between 2007 and 2019.

In the four African countries studied in the new report (Kenya, Mozambique, Tanzania, and Ghana), the same mobile money service is estimated to have lifted some 1.7 million people out of poverty. The report also points out that mobile financial services have greatly improved financial inclusion in Africa and are a first step on the road to entering the formal financial system. M-Pesa, for example, has 52 million active users, many of whom would not otherwise be able to access financial services. In 2022, the service also provided 12.3 million users in Kenya, Tanzania, Mozambique, and Ghana with initial access to credit.

In early 2022, a study was conducted in Kenya and Tanzania taking a representative sample of M-Pesa users; 39% of the respondents reported they had no access to financial services, including a bank account or mobile money wallet, before using M-Pesa.  This proportion of people who were completely excluded from both the traditional and digital financial system was higher in typically underserved social categories (49% of people living in rural areas and 47% of low-income people). 34% of rural and urban users also said they would still be excluded from the financial system if mobile money was not available.

Almost all of the businesses surveyed (98%) also agreed that the M-PESA service enables them to conduct business by facilitating access to faster and more secure payments and by enabling the sale of goods and services online. 95% of those businesses say they trust M-Pesa for at least half of their financial transactions.