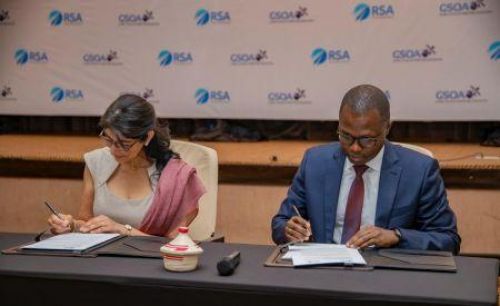 The Rwanda Space Agency (RSA) signed, Monday (June 6), a memorandum of understanding with the Global Satellite Operators Association (GSOA). Under this partnership, the two parties will explore ways to improve satellite communication services and accelerate digital inclusion in Rwanda, and Africa as a whole.

According to GSOA secretary-general Aarti Holla-Maini (photo), the cooperation will facilitate the development of satellite communication services in Rwanda and provide support to the RSA to ensure that satellite spectrum are used for sustainable development.

In its report "The Mobile Economy Sub-Saharan Africa 2021," the GSM Association (GSMA) revealed that mobile Internet penetration was just 28 percent in sub-Saharan Africa in 2020 while the mobile penetration rate was 46 percent.  So, in the region, the outstanding majority of the population does not have access to internet. But, telecom operators and governments are looking for solutions to allow access to telecom services for people, especially those living in rural areas with little or no terrestrial telecom service coverage.