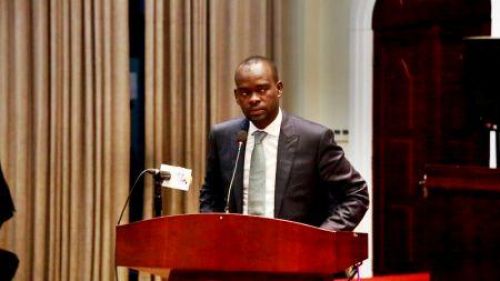 (Ecofin Agency) - The government of Chad launched on July 11 its first digital forum “Chad digital” themed “20 years after restructuring of the postal and telecommunications sectors: assessment, challenges and prospects.”

According to the telecoms minister, Idriss Saleh Bachar (photo), “remarkable progress has been made in reducing Chad's digital gap and consequently setting a new era for the sector.”

Thanks to the restructuring of the Chadian telecommunications sector by the law of 17 August 1998, which opened the markets to private investments, Chad welcomed two major private mobile operators and 18 Internet service providers (ISPs). Between 2014 and 2015, nine laws relating to the postal and electronic communications sector were adopted.

The government also implemented a program to set up community multimedia centers in the country's 23 provinces, the first three of which have already been built in Mongo, Abéché and Amdjarass; granted 3G and 4G licenses to operators for the deployment of high-speed digital services; set up the Telecommunications Market Observatory; inaugurated the 930 km Komé-N'Djamena optical fiber segment.

As a result of all these achievements, the Chadian telecoms sector recorded a growth in the mobile phone penetration rate, which is now 48%. However, access to the Internet, which is the foundation of the digital transformation in which the State has invested so much over many years, has been disrupted for more than a year.