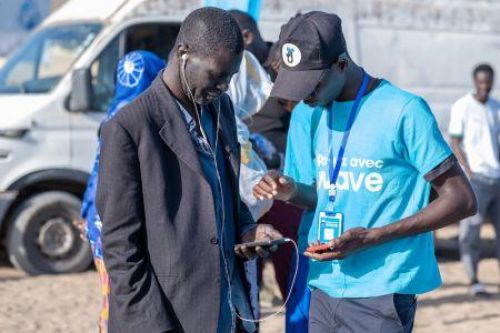 (Ecofin Agency) - Fintech platform Wave, which was launched in Senegal in 2018, is very popular in the country. The startup wanted to add the sales of Sonatel airtime to its services but, up to now, negotiations between the two parties have been unconclusive.

The startup will once again be able to access Sonatel's application programming interfaces (APIs), offering Senegalese the possibility to directly subscribe to Sonatel’s services right from the Wave platform.

The agreement is the result of mediation carried out by the ARTP following complaints by Wave, which was accusing Sonatel of preventing the purchase of Sonatel airtime via the Wave mobile money platform.  Sonatel explained that the issue was caused by Wave demanding a different pricing package than the one offered to other providers that allow the purchase of  Sonatel airtime.

"The regulator had to settle this dispute impartially, while preserving the interests of consumers, the two operators concerned and all stakeholders," the ARTP informs.

The agreement between Wave and Sonatel should, among other things, further expand payment options for Senegalese consumers and introduce more competition to the market.