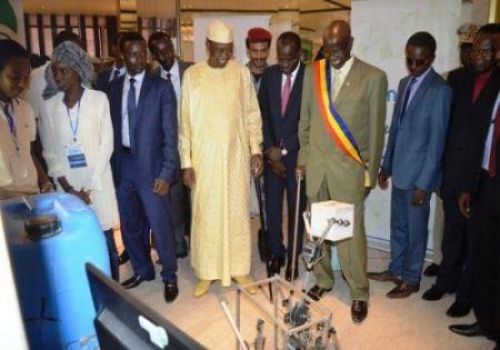 (Ecofin Agency) - The President of Chad, Idriss Deby, ordered on July 13 the lifting of the ban imposed on social media usage more than a year ago (in March 2018). The Head of State instructed “relevant services in the e-communication sector to lift, with immediate effect, all restriction measures on social media.”
The decision was announced at the end of the country’s first digital forum “Digital Chad,” which opened two days earlier in the capital N’Djamena under the theme “20 years after restructuring of the postal and telecommunications sector: assessment, challenges and prospects.”
It comes as a relief for participants who welcomed it with great satisfaction. When the ban was effective, social media users were obliged to use Virtual Private Networks (VPN), which encrypt IP addresses but are data-intensive. This situation made Internet bundles more expensive for a population whose Internet penetration rate is below 15%.
The ban period was marked by several national and international actions against the government and telecom operators. In August 2018, a few months after the blockade came into force, a group of Chadian lawyers, led by Frédéric Daïnonet, representing consumers and supported by the non-governmental organization Internet sans frontières (ISF), took legal action against Airtel and Tigo. In September 2018, the collective was rejected.
In January this year, ISF launched a 5-month protest against the ban. The battle, which consisted of several strong actions, including an international campaign broadcast online and offline, rallies in Paris and N'Djamena, ended on 19 June 2019.`
According to Idriss Deby, the restrictive measure relating to social networks was taken for national security purposes. “In recent months, the security imperative had led the government to tighten access conditions and measures to control electronic communications (...). These measures were imposed in a context of terrorist threats,” said the President of the Republic.
Let’s note the ban lifting date coincides with the inauguration of the 1,047 km-long optical fiber section linking N'Djamena to Adré.
Muriel Edjo