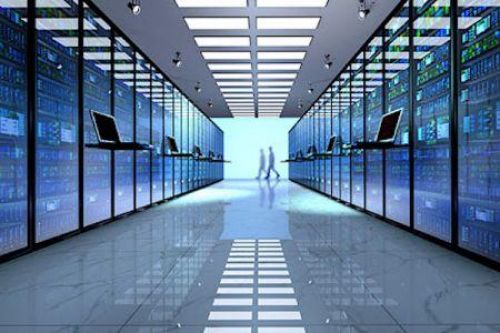 Despite the economic opportunities it offers, the growing engagement of Chinese telecom companies in Africa presents risks related to digital sovereignty, cybersecurity, and political freedoms, according to a policy brief published, in November 2022, by Megatrends Afrika, a research platform launched by the German Institute for International and Security Affairs (SWP), the German Institute for Development and Sustainability (IDOS), and the Kiel Institute for the Global Economy (IfW).

According to the brief, Chinese telecom operators,  including equipment manufacturers Huawei and ZTE, have developed strategic partnerships with leading African telecom operators such as MTN, Sonatel, Algérie Télécom, and Maroc Telecom. After supplying their customers with telecom network equipment, these companies often offer long-term maintenance services to ensure the reliable operation of local networks.

It explains that their growing presence in Africa is mainly due to the comparative advantages they have over their competitors, namely the political and financial support of the Chinese central government, which allows them to offer very competitive prices.

It also indicates that the contracts won by these companies are always followed by loans at preferential rates from Chinese financial institutions (including China Exim Bank, China Development Bank, and China-Africa Development Fund), to African countries that acquire Chinese telecommunications equipment and infrastructure.

Between 2014 and 2018, some US$300 million and over US$1 billion of Chinese funds were dedicated to ICT financing in Africa yearly. The financing sometimes even exceeded the funds dedicated by African governments for the sector.

Even in 2020, when Beijing's overall lending to African countries fell sharply, financing directed to the telecom sector increased year-on-year to reach US$568 million.

The policy brief reveals that this growing presence of Chinese telecom operators in Africa carries risks and challenges related to sovereignty, digital security, and political freedoms despite its undeniable positive impacts on improving connectivity and bridging the digital divide.

Indeed, Many African countries have decided to transfer all government data and digital platforms from foreign servers, mainly in the United States and Europe, to data centers built, on the continent, by Chinese telecom companies. This transfer, often presented by African governments as a measure to strengthen digital sovereignty, raises concerns about the security of the data, which are managed using tools developed by Chinese companies.

The brief is concerned about the Chinese government's and State party's access to huge amounts of sensitive data on its African partners in a context where the security of telecom networks and information systems is essential to guarantee the autonomous exercise of state policies and build actors' confidence in the major socio-economic applications of information technologies.

It is also concerned about espionage and the digital censorship authoritarian African regimes can carry out with support from Chinese companies.

Megatrends Afrika notes, moreover, that the latter is already working with some African governments to filter and monitor Internet use to track down people who use online platforms to express dissenting opinions or protest against their government. It even recalled that in 2019, Ugandan opposition parties warned about the high potential for abuse and human rights violations of an invasive surveillance system Uganda purchased from Huawei.

In that context, the policy brief suggests that greater involvement of European telecommunications companies in Africa could create a more transparent environment for telecommunications investments on the continent and alleviate concerns about cybersecurity, espionage, and digital sovereignty, given that the European Union has very stringent regulations in these areas.