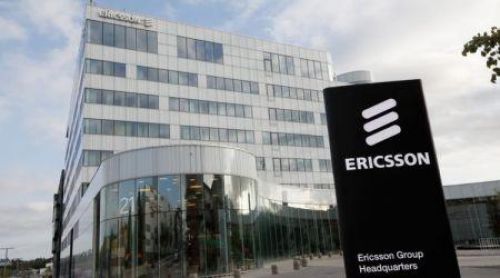 (Ecofin Agency) - 5G has been attracting interest from Telecom Egypt, Orange, Etisalat Misr, and Vodafone Egypt since 2019. The companies that have already tested the technology are only waiting for practical arrangements from the telecom regulator to begin proper deployment on the local telecom market.

The Egyptian government is currently preparing the legal framework for the frequencies and licenses for 5G. This was revealed by Shafik Traboulsi, Vice President and Head of Network Unit at Ericsson Middle East and Africa (MENA), on the sidelines of the international technology exhibition (Gitex 2021), which opened at the Dubai World Trade Center last October 17. In an interview with dailynewsegypt.com, Shafik Traboulsi said the Egyptian market is ready to receive the fifth-generation technology, especially since it is an advanced technology that will bring a new breath to the Egyptian economy and improve the services received by the end-user. The technology is also expected to open up new investment opportunities in the country. He expressed hope that 5G frequencies will be "granted at an appropriate price, which will help telecom companies improve their services."

Since 2019, 5G has been the focus of a few telecom operators in the Egyptian telecom market. In February 2019, during the Global Mobile Exhibition in Barcelona organized by the Global System Operators Association (GSMA), Telecom Egypt had signed a memorandum of understanding with Nokia and Ericsson to prepare its network for 5G.

In November 2019, Orange had signed an agreement with Huawei to prepare its network for 5G. A month after, Etisalat Misr tested the technology with Ericsson. Vodafone’s CEO Nick Read had expressed the company's desire to test the technology during a meeting with President of the Republic Abdel Fattah al-Sissi in December 2020.

In its Mobility 2020 report, Ericsson estimated that 5G subscriptions would reach 80 million in the MENA region by 2025. The company is attending Gitex to explore opportunities to further strengthen its collaborations in the region.