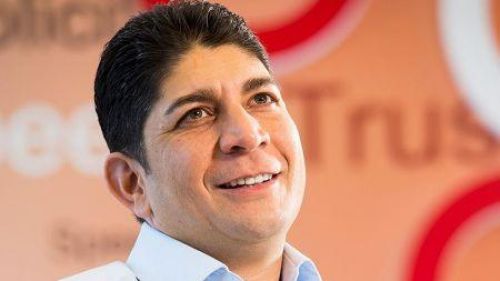 (Ecofin Agency) - South African telco Vodacom Group announced it has received the support of its shareholders to acquire 55% of Vodafone Egypt. The share will be acquired from Vodafone Group Plc for R41 billion ($2.7 billion).

Vodacom Group plans to issue 242 million new ordinary shares at R135.75 per share to finance 80% of this investment. The remaining R8.2 billion will come from its cash resources. "This is an exciting and important step for Vodacom, as the acquisition of Vodafone Egypt will allow us to transition from a telecommunications company to a technology company," said CEO Shameel Joosub (pictured).

The deal aligns with Vodacom’s ambition to strengthen its presence in Africa. Once completed, it will offer the company new growth opportunities beyond its key markets in sub-Saharan Africa. Vodacom will therefore benefit from Vodafone Egypt's financial services platforms, which concentrate more than 80% of the unbanked Egyptian population.

For Vodafone Egypt, the success of the transaction will ensure that it will have closer cooperation with Vodacom Group, enabling it to accelerate its growth in financial services and the Internet of Things (IoT). Vodacom Group expects the deal to be completed before the end of its 2021 fiscal year, which is March 2022. However, the Johannesburg Stock Exchange, Egypt's National Telecommunications Regulatory Authority (NTRA), and Egypt's Financial Regulatory Authority (FRA) should first give their green light.