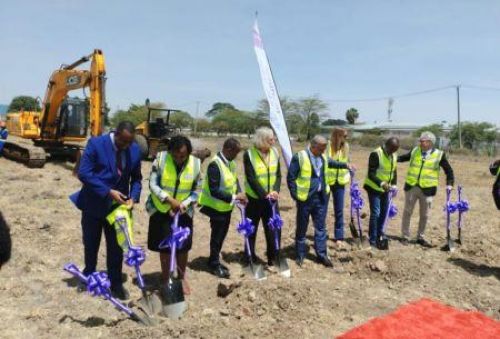 (Ecofin Agency) - With the ongoing digital transformation, African businesses need more internet capacity to support their operations, and local and foreign companies are stepping up investments in building data centers to better meet the growing demand on the continent.

Africa Data Centres (ADC) announced, Thursday, it launched the construction of an additional data center in Nairobi, Kenya. The new infrastructure is expected to be completed in the first quarter of 2024 and will expand ADC's current facility with up to 15 MW of additional IT load.

" We believe that data centres will play a significant role in digital transformation and economic growth on our continent. Without them, the push towards a digital economy in Africa will be missing a key pillar. Our decision to increase our investment in our data centres in Kenya is in recognition of the position the country now occupies as a leader in the adoption of digital technologies in Africa," said Hardy Pemhiwa, CEO of Cassava Technologies, ADC's parent company.

ADC announced its plans to extend its Sameer facility by adding a new data center last December. The plan aims to meet the growing demand for its services in a context marked by the significant increase in the adoption of digital services in East Africa. The company is thus pursuing its African expansion strategy, under which it will invest US$500 million to build data centers in about ten African countries.

The additional capacity should enable ADC to better meet the growing demand from businesses in Kenya and East Africa, and strengthen its ecosystem on the continent as competition increases in a growing market with the presence of companies such as Huawei, Google, Microsoft, Teraco, OADC, Raxio, Amazon...