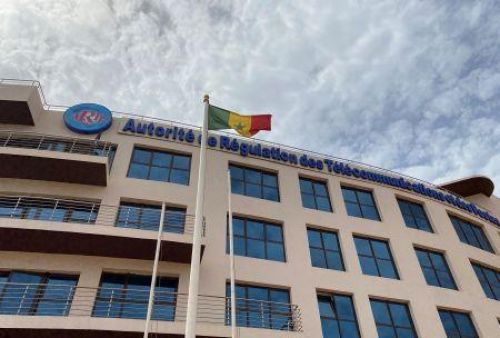 (Ecofin Agency) - In December 2021, Senegal’s telecom regulator imposed a US$35 million fine on three operators because of the poor quality of their services. The current fine adjustment follows an appeal they submitted before the fines became dues.

Senegal’s Regulatory Authority for Telecommunications and Posts (ARTP) announced Friday (April 15), its decision to adjust the financial penalties imposed in December 2021 on telecom operators Sonatel, SAGA Africa Holdings, and Expresso Senegal. It reduced the overall fine to US$35 million but requires them to devote a specific envelope to improve their network coverage and service quality by December 2023.

Sonatel’s fine is reduced from XOF16.7 billion (US$27.5 million) to XOF2.51 billion. In addition, it is required to invest XOF20 billion in its infrastructures by 2023.

For Saga Africa Holdings, the original XOF2.25 billion is reduced to XOF436 million with requirements to dedicate XOF1.7 billion to infrastructure investment.

Expresso will have to pay XOF192 million and invest XOF1.19 billion while its initial fine was XOF1 billion.

The telecom regulator promises to ensure the implementation of the new conditions via its monitoring and control system. The fines initially set became collectible on April 1, 2022. However, the three operators had already submitted appeals for the decision issued on December 9, 2021, by the telecom regulator per Article 223 of the electronic communication code. The sanctions were issued by the ARTP to guarantee quality services to consumers who wished the fines to be paid by the operators would be used to upgrade telecom infrastructures for improved services.

For the ARTP, the adjusted sanctions will make operators upgrade infrastructure themselves and fulfill their corporate moral responsibilities and regulatory obligations.