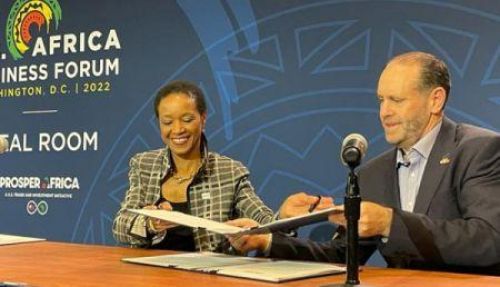 Internet service provider Poa Internet Kenya won a grant from the U.S. Trade and Development Agency (USTDA) to conduct a feasibility study on the possibility of expanding its services to one million households in low-income urban areas outside Kenya. An agreement was signed between the two parties on the sidelines of the U.S-Africa Summit held in Washington, D.C., last December 13-15.

According to the USTDA, Poa Internet will evaluate 14 African markets and recommend three for expansion. The study will provide a detailed analysis of these markets, including a supply and demand assessment, regulatory and legal analysis, environmental and social impact assessment, and go-to-market recommendations.

This project accelerates Poa Internet's expansion strategy in Africa. The company raised US$28 million earlier this year in a Series C financing round led by Africa50. It said at the time that it would use the funding to expand its reach, first in Kenya and then gradually to other countries on the continent. Currently, Poa Internet serves more than 11,000 connected households. It has more than 10,000 hotspots across the streets of Kenya and more than 60,000 Wi-Fi subscribers.

Its African expansion plan comes against a backdrop of growing demand for high-speed connectivity and accelerating digital transformation on the continent. However, Internet penetration in Africa is still low. In its "Mobile Economy Sub-Saharan Africa 2022," the GSM Association (GSMA)  states that only 40% of the Sub-Saharan African adult population has access to the Internet.

“We are delighted to form this partnership with USTDA as we continue with our journey to bring affordable Internet access to Africa. This grant from USTDA will support our geographic expansion and goals of advancing inclusive, secure, and sustainable connectivity to lower-income urban communities,” said Andy Halsall (photo, right), CEO of Poa Internet.