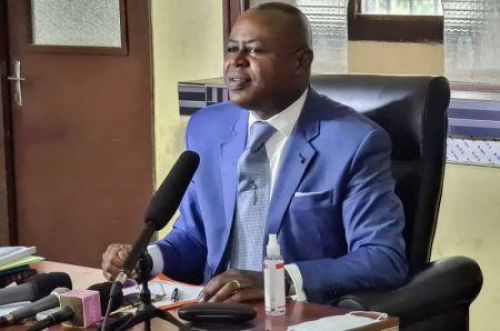 (Ecofin Agency) - The World Bank approved the disbursement of $100 million to support Congo’s digital migration strategy. The information was reported last week by Léon Juste Ibombo (pictured), the Minister of the Digital Economy, following a meeting with a World Bank delegation.

Samia Melhem, Lead Policy Officer for the World Bank Group's Transport and ICT Practice, who was a member of the delegation, said the project will "propel the digital economy in Congo through reforms in the legal and regulatory framework and investments in infrastructure for digital inclusion.” The World Bank support will also “promote the growth of e-business, the use of platforms that will allow young people to find jobs,” she said. Welcoming the initiative, Guy Roland Tsimba, director general of digital economy development at the Ministry of Telecommunications, said digital transformation will turn Congo into a "full-fledged information and knowledge society."

As a reminder, a few days earlier, the European Union also approved €15 million for the same purpose as the World Bank