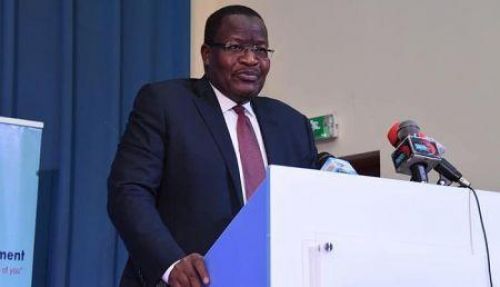 (Ecofin Agency) - The Nigerian Communications Commission (NCC) announced it is getting ready for the release of frequency spectrum in the 3.5 GHz band for early deployment of 5G in the country.

On Saturday, June 19, a special committee was created by Umar Garba Danbatta (pictured), the executive vice president of the NCC, to develop an information memorandum (IM). This instrument will define, among other things, the process adopted by the NCC for the sale of the frequency spectrum, details on its availability, the pre-qualification process, the auction process, the indicative timeline.

Umar Garba Danbatta said that Nigeria's achievement of the harmonized frequencies for 5G deployment is the result of many efforts initiated by national governmental and non-governmental organizations concerned with telecommunications at national, regional and continental meetings. He further noted that through additional efforts, the country which was facing the problem of insufficient spectrum allocation has even secured an additional 160 MHz in the 3.5 GHz band.

The NCC's preparations for the 5G spectrum auctions come just weeks after the findings of the Senate's inquiry into mobile technology were revealed. The investigation was assigned on May 5 to the Senate Health, Communications, Science, Technology and Cybercrime Committee after reports on social media suggested that 5G was a source of Covid-19 causing mass hysteria.

The official start of 5G spectrum auction is likely to occur at the end of the year. In the meantime, the government agencies in charge of telecom issues will be busy putting in place all the technical conditions necessary for the advent of mobile broadband in the market. Nigeria will then join the dozen or so countries in Africa that have already launched 5G. The government is betting on technology to support its digital transformation.