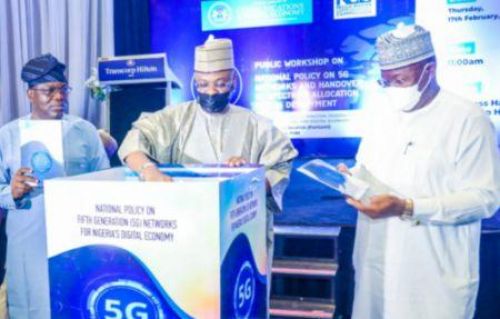 (Ecofin Agency) - In December 2021, the Nigerian telecom regulator held the first 5G spectrum auction in the country. Three operators participated, with MTN and Mafab Communications emerging as the winners.

Last Friday, the Nigerian Communications Commission (NCC) announced it would auction two lots of 100 megahertz in the 3.5 GHz band. According to the information memorandum, the reserve price is US$273.6 million per lot.

According to the NCC, applicants for this auction do not necessarily need to be licensed network operators in the country but will be required to obtain a unified access service license (UASL) if they win any lot.

The previous 5G spectrum auction took place in December 2021. MTN Nigeria Plc and Mafab Communications Ltd emerged as winners. Each of them paid US$273.6 million, which was significantly higher than the US$199.3 million reserve price.

So far, only MTN has proceeded to the commercial launch of its 5G network, complying with the NCC's initial deadlines. Mafab Communications has not been able to meet the deadline because it has not yet secured its  UASL license. The regulator had to grant it an additional five months to secure the license and launch its network.

The new auction is expected to introduce competition in the ultra-broadband segment currently operated by MTN. It should also accelerate broadband penetration in Nigeria, contributing to the achievement of the government’s ambition of connecting 70% of its population to broadband by 2025.