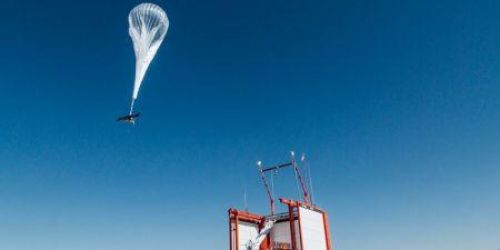 (Ecofin Agency) - HapsMobile, a subsidiary of Japanese holding SoftBank Corp, announced on April 24, 2019, the signature of a long-term partnership with Loon, Alphabet Inc’s unit that uses floating balloons to bring connectivity to remote areas around the world.

Via this partnership, HapsMobile will invest 125 million in Loon, which should later invest the same amount in HapsMobile later.

HapsMobile’s interest in Loon was spurred by the similitude of both parties’ activities. Indeed, Loon uses balloons to bring connectivity to remote areas while HapsMobile has developed Hawk 30, a stratospheric drone that could be used as mobile telecom station, to supply connection to remote areas.

HapsMobile took the opportunity of this partnership to unveil its Hawk 30, a 78-meter drone powered by ten solar-powered propellers. Similar to Facebook’s "Aquila", it can remain in the stratosphere for months without stopovers.

According to Alastair Westgarth, Loon’s CEO, this partnership is an “opportunity to develop an entire industry, one which holds the promise to bring connectivity to parts of the world no one thought possible. This is the beginning of a long-term relationship based on a shared vision for expanding connectivity to those who need it.