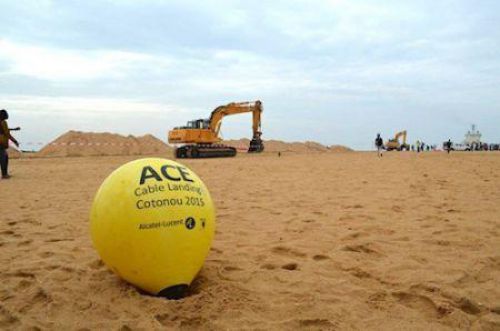 (Ecofin Agency) - The economic interest group ACE GIE is being targeted by an order of Benin’s electronic communication regulatory agency (Arcep) because of illegal operation of the submarine optical fibre Africa Coast to Europe (ACE). The telecom regulator allowed the group, which consists of Beninese internet access providers and telecom operators, up to December 27, 2018, to stop exploiting the ACE.

According to the Arcep, in 2013, ACE GIE sent a licence request for the exploitation of the ACE to the regulator. But, before the license was signed, it requested a moratorium in order to conduct the necessary studies for the efficient use of the telecom infrastructures. The studies that should normally have been completed in 2016 at the latest, were finally completed in June 2018. In the meantime, ACE GIE has launched the exploitation of the ACE.

For the Arcep, this exploitation of the submarine cable without the required approvals is against the law and any further exploitation after December 27, 2018, will expose ACE GIE to sanctions.