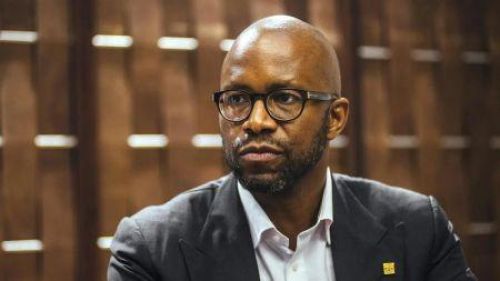 (Ecofin Agency) - The African telecom market is changing. Covid-19 caused a shift in consumer demands. For experts, operators that can not keep up with the shifting demands may completely disappear.

In the long run, African telecom markets will be dominated by just two to three major players, according to MTN Group CEO Ralph Mupita (photo). Speaking during the recent “Think Big” webinar organized Tuesday (April 26), by financial service group PSG, the CEO explained that the “profit pool” is not enough to meet “the return and other financial objectives of a number of industry players.”

“Within the next few years, we will see a sector dominated by 2 to 3 major players who have the capabilities and capacity to rally massive amounts of capital investment locally and abroad, to sustain the industry’s expansion. MTN has every intention of being one of the scale operators in all of its markets,” he said. He then estimated that consolidation was “inevitable” because “having a market that is saturated by a number of players is not sustainable.”

In the past two years, demand for broadband internet and value-added services has increased significantly in Africa. This is an added pressure on telecom operators’ finances and only firms that can make the necessary investments to upgrade and expand their networks can meet the demand and survive to generate growing revenues. Operators that cannot cope with the quality demands may lose subscribers and gradually exit the markets.

The trend has already begun in several markets. In Gabon and Benin for instance, in 2014, two telecom operators exited, leaving the market for two. Also, in Ghana, there are currently four operators but, according to authorities, the market is moving towards a duopoly. The competition also forced Millicom International Cellular to exit its African markets while Africell left the Ugandan market for the same reason.