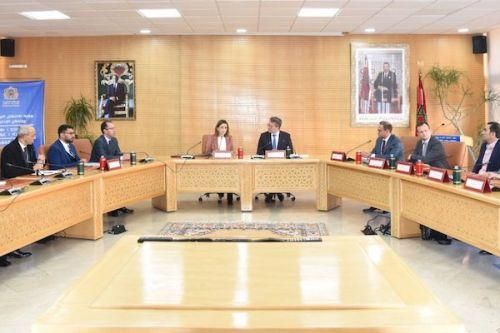 (Ecofin Agency) - Outsourcing is a strategic sector for Morocco given the number of jobs it creates for the youth. A growing number of BPO partnerships have been signed in recent years to make the country one of the best tech destinations in Africa.

French tech group will invest over MAD350 million (US$33.3 million) in the Moroccan cybersecurity sector, We Are Tech reports. The memorandum of understanding relating to the project was signed, last December 22, by Moroccan Digital Minister Ghita Mezzour and Hicham Alj, CEO of  Thales Holding Maroc.

According to the memorandum, Thales plans to set up a nearshore center to serve its international customers. The center will create nearly  150 direct jobs and high value-added for the country.

In a recent Tweet, Ghita Mezzour said the memorandum of understanding reinforces the position of the Kingdom of Morocco as a regional economic hub and brings the total number of jobs created through partnerships since November 2021 in the digital sector to more than 15,800, for an overall investment of MAD1.01 billion.

Over the past two years, Morocco has multiplied partnerships in the digital sector. Thousands of new direct and stable jobs are planned in several cities with the slated construction and equipment of digital and coding schools, and innovation hubs, as well as the creation of regional platforms for the development of upskilling and reskilling programs. The partnerships further enhance the digital sector’s position as one of the largest job providers and youth employers as well as a major tool for regional development.

According to Hicham Alj, the planned nearshore center will allow the company to directly address the cybersecurity market in Africa, but also to assist the group in its international projects. "This agreement strengthens our presence of more than forty years in the Kingdom and we plan to open a new branch in Casablanca in 2023," he said.