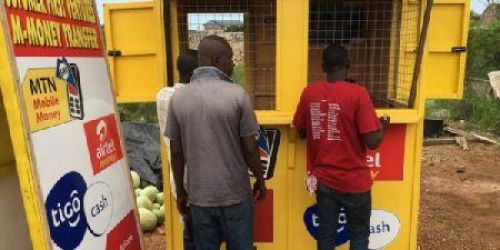 (Ecofin Agency) - Mobile money has seen strong growth in Ghana over the past year and the trend is continuing. But it could slow down with the new tax imposed by the government. Denounced by mobile money agents, the new tax adds to the tax burden already applied to this segment of the telecom market.

The Mobile Money Agents Association of Ghana (MMAG), announced on June 28 an increase in the mobile money withdrawal fees from July 1. The group says it has to take this measure after the government introduced a 10% tax on money withdrawal. Unable to bear this new tax charge, Mobile Money agents who denounce its introduction without their consultation have decided to pass it on to consumers.

“In total, on each network, every Agent will be paying 20% tax on a monthly basis. Initially, Agents paid 5% on cash-in Service wallet, but it was secretly increased to 10% without our knowledge. We feel this is a gross disregard to procedures,” said Evans Otumfuo, the association's secretary general.

The mobile money market has been growing rapidly in Ghana since last year, driven by the Covid-19 crisis. From February 2020 to February 2021, the number of mobile money accounts increased from 32.7 million to 40.9 million. The number of financial transactions increased from 193 million to 295 million. The financial value of transactions increased from 30.1 billion cedis ($5.14 billion) to 67.9 billion cedis. The segment currently represents an additional source of revenue for the government whose finances have been impacted by the global pandemic.

The announced price hike in the mobile money segment could ultimately disrupt its growth. The government has been advocating financial inclusion of the population for a few years now, through the introduction of various innovative digital payment services, including the QR Code.