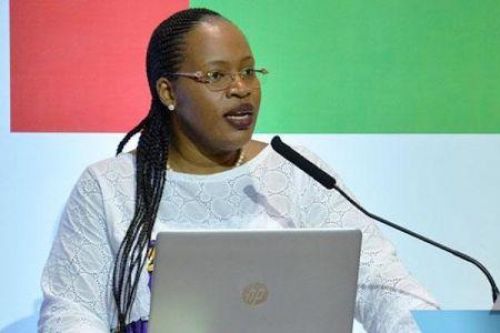 (Ecofin Agency) - The Central Bank of West African States (BCEAO) is mulling over issuing a digital currency. Gisèle Keny Ndoye, Head of financial inclusion at BCEAO, said, during the first edition of the Africa Economic and Financial Press Forum that ended on March 26 in Abidjan, that the digital currency issue is on the agenda of all central banks.

According to her, BCEAO wants to give itself time to better explore the question in the international financial system and see how it can be adapted within the WAEMU sub-region. There are many reasons to launch a digital currency in West Africa, as in many African countries.

In some ways, the conditions for a successful launch of a digital currency are already in place in the sub-region. Data provided by the Central Bank showed that the rate of access of the population to electronic money, issued through mobile operators, in particular, has risen from 11.1% in 2014 to 39.6% at the end of 2019. This threshold was already ahead of the target rate of 37.7% by the end of 2020.

At the end of June 2020, 98 million transactions were operated on e-money for a total amount of CFA1,619.4 billion. Operating currencies via mobile phones and the related support system is a reality that is growing in the WAEMU and this constitutes positive prerequisites for the issuance of digital money.

But a whole process needs to be followed to achieve this goal.  While countries such as China and Sweden are in the process of testing their digital currency issued by central banks, the project is still under consideration in the United States and even in France. According to information collected by Ecofin Agency, banks such as the Nigerian United Bank for Africa are in favor of this option and are encouraging monetary authorities in this direction in Central and East Africa.

Also, the digital currency will come as a response to a well-known phenomenon in the WAEMU and CEMAC areas. Experts reported that when a user enters a bank, he or she often makes withdrawals ranging from CFA5,000 to CFA10,000. This does not always facilitate purchases from small vendors, who do not have changes for purchases of CFA200 or CFA500. With digital money, this problem would be eliminated, and more small workers would enter the financial circuit.

Another point that makes the digital currency a necessity is that this approach would be a further step towards the monetary sovereignty sought after for WAEMU since the sub-region would no longer need to produce its monetary insignia at the Bank of France, but locally through authorized institutions. This would also reduce the costs of circulating money. In 2018 and 2019, the BCEAO spent nearly CFA74 billion for this purpose.

But the implementation of a digital currency may face challenges. According to Ms. Ndoye, states should already be at the same level of dematerialization and digitalization. Many analysts agree that the advances in terms of digitization mean being aware of new risks such as those of cybersecurity. A perfect mastery of blockchain technologies will also be a determining factor.