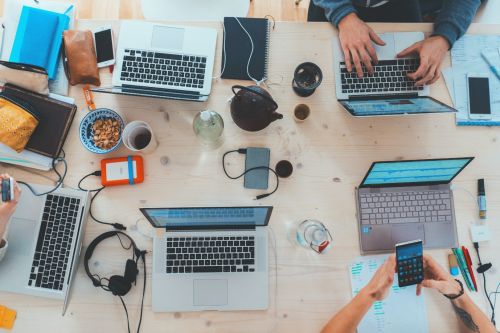 (Ecofin Agency) - In 2020, Twiga Foods, a B2B marketplace platform, and Komaza, a tech-driven forestry business, raised Sh6.3 billion - respectively Sh3.2 billion and Sh3.1 billion. This is out of the Sh19.1 billion raised by Kenyan startups that year, according to the Disrupt Africa Tech Startups 2020 Funding report.

“This is the largest amount of funding ever achieved by a single country (ed. note: in Africa),” said the report. “The record was previously also held by Kenya when in 2019 the startups netted Sh16.2 billion ($149.2 million).”

The growth in the funds raised by the country was mainly driven by an increase in the number of startups that raised funding in 2020 which rose to 59 from 45. However, despite the improvement, uprising entrepreneurs in Kenya still have trouble securing seed funding and other forms of early-stage funding. This is mainly because the largest sums raised either go to companies with expatriate founders or directly to CEOs. For example, the six Kenyan startups that raised the most funds in 2020 - Twiga Foods, Komaza, Sokowatch, SunCulture, Angaza, and Solarise - all had expatriate founders.

Besides, “the country certainly lacks the thriving local angel community that manifests itself in Nigeria, for example. So, while Kenya has the innovation and activity on the ground to continue to produce success stories year after year, more needs to be done to promote local investment in local businesses at all stages of the start-up life cycle.”

A shift towards online services

Amidst the Covid-19 pandemic, many industries moved to online services, a disruption that fostered a boom of tech infrastructure and cloud services companies. This in turn spurred the emergence of a robust M&A market as many companies merged to thrive. Among others, WorldRemit acquired Sendwave for $500 million, Network International Holdings Plc signed a $288 million deal to buy DPO Group, and Stripe Inc acquired Nigeria’s Paystack for $200 million.