Global debt reaches almost 260% of GDP but there is no reason to panic, S&P reassures 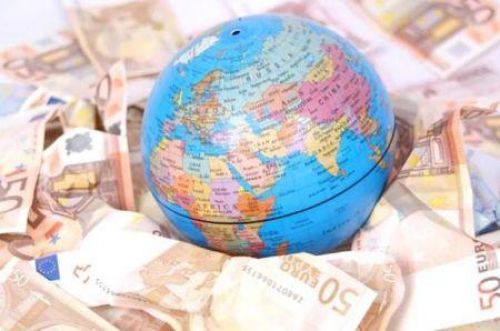 (Ecofin Agency) - Global debt could soon reach 260% of GDP, but low-interest rates make it bearable. This was the comment made today October 7 by Vera Chaplin, MD of S&P, during the Asia Briefing Live forum co-hosted by Bloomberg and Asia Society Australia.

This optimism seems to fade away when it comes to Africa, which is labeled an “over-indebted” continent. A debt crisis is looming but with interest rates at historic lows, the stock of debt in the major economies continues to rise. According to an update released on September 14 by the Institute of International Finance (IIF), global debt reached $296 trillion at the end of June 2021. The largest share of the amount is in the so-called mature economies. They have better ratings and better investor sentiment but continue to see their stock of debt rise, despite all the policy announcements aimed at reducing it. In the U.S., parties are discussing whether the debt threshold should be raised.

In East Asia, the debt situation in the real estate sector is a concern. Last September 29, China's central bank admitted that speculation in land and property prices has created a debt bubble and called on banks to be more realistic. Meanwhile, the central bank in the Eurozone could resume purchases of government bonds. According to the IIF, this approach hides the true cost of risk, particularly for European countries such as Greece and Italy, but also for France. The latter’s public debt reached 118% of its GDP at the end of March 2021, according to official stats. France also had the largest debt ratio of non-financial companies among the G7 economies excluding Japan (86% of GDP).

The situation in the U.S. is even more worrying. Beyond the already high debt, low-interest rates are not an advantage. In search of increasingly profitable opportunities, investors began to take on more risk. Yields (the difference between the acquisition margin and the interest rate) on these risky bonds fell back to an average of 3.4% in mid-September. Economic theory would suggest that when risk is priced low, there is a problem.

Africa remains the region of the world with the most reasonable debt levels, with an average debt-to-GDP ratio of less than 70%. At the end of March 2021, only 5 countries in sub-Saharan Africa had a ratio greater than or equal to 100%, according to a data analysis published by the International Monetary Fund (IMF).

In absolute terms, African debt remains quite low compared to the global rate. This is due to more difficult access to international markets, and a very strict domestic credit approach. However, with a benchmark of 260% of GDP, the continent still has debt margins to exploit.