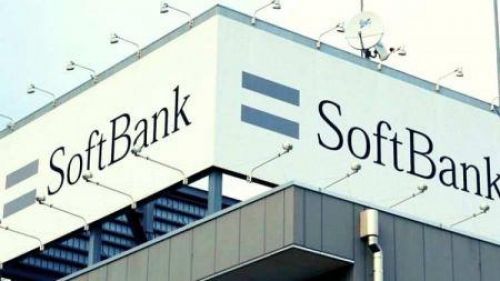 (Ecofin Agency) - The Japanese conglomerate SoftBank is suspected to be the “whale” behind the surge in the share value of big companies listed on the US tech stock exchange Nasdaq. The information was first reported by Financial Times (FT) which cited anonymous sources close to the stock exchange operations.

For the moment, no tangible data confirm this hypothesis, but the information is taken seriously. On September 7, SoftBank’s market value slumped on the Tokyo Stock Exchange by 946 billion yen (about $9 billion), even though the financial market had closed down.

Some say the conglomerate founded by the Japanese financier Son Masayoshi has boosted the demand for financial products called "call options" or "call" on American technology stocks. On the financial level, an investor can take the option, without obligation to conclude the deal, to acquire a share in the future for a specific price.

Usually, the proposed price has a slight additional cost to convince the stockholder and if the agreed price is reached, the initiator of the call option can acquire the share at the agreed price. In such a scenario, the more a stock is subject to call option, the more its value increases, and investors like SoftBank bet, or make a put option offer.

SoftBank has not reacted since the information was published. If its value has fallen on the Tokyo Stock Exchange, it is because the Nasdaq and several large technology companies that comprise it fell by nearly 10% on Friday, September 4. If the Japanese group is so exposed, its losses could worsen. A situation that its investors do not wish to be victims of.

The question is whether SoftBank is the author of the current situation on the Nasdaq. Facts against the company are that it recently announced in its financial report its intention to set up an investment vehicle dedicated to speculative operations on stock exchanges. And the company has also held, in technology companies, shares worth close to $4 billion. Finally, there is the fact that SoftBank has the profile of a structure capable of taking such risks in a market.

However, it should be noted that SoftBank's total exposure to technology stocks, taking into account call or put options, is estimated at $50 billion at most. According to U.S. media quoting the research unit of the investment bank Goldman Sachs, daily transactions in financial options contracts have tripled since March 2020 to reach $335 billion.

This is a sign that many individual and institutional investors have engaged in this practice to continue to generate income. The impacts of covid-19 have significantly disrupted real economic and market activity. One of the other assumptions of the technology stock boom was that, because of large injections of liquidity into the U.S. economy and in the face of persistently low-interest rates, technology companies became a haven for investors.