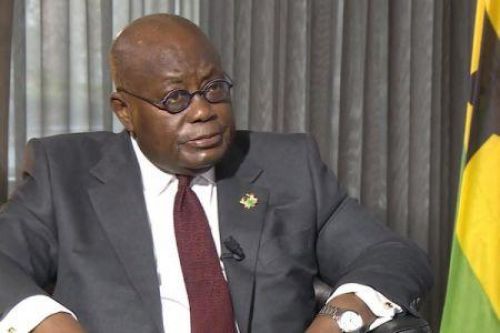 (Ecofin Agency) - The three main U.S. rating agencies’ decision to downgrade Ghana’s debt to the speculative category raises questions about the relevance of those ratings.  Truly, the West African country is facing challenges but the rating downgrade is all but unquestionable.

The credit default swap - the risk premium demanded by investors to protect themselves against default risks- on the debt issued by Ghana has reached  4,002 basis points, according to S&P Global Ratings’ Capital IQ platform.

This premium, which is about 40% of the capital to be repaid by the country, is the highest demanded for debts issued by an African country. It exceeds the 30% required for the debt issued by Zambia, which is technically in default although more reassuring news has emerged recently. It is also higher than the rate required for debts issued by Ethiopia, which is also in the speculative category (according to  S&P Global Ratings, Moodys, and Fitch Ratings).

It appears like a heavy sanction for a country, which has taken several steps to face economic challenges being imposed by external factors for three years now (the Covid-19 crisis, the war in Ukraine, and the U.S inflation).

Despite a strict monetary policy and a prudential management of its banking sector, the Ghanaian Cedi has slid 43.4% against the U.S dollar this year, making it more difficult for the country to repay its international debt.

Truly, Ghana’s public debt is now 86.4% of its GDP. But, it is lower than the 94% rate reached by Egypt, which is B-rated by S&P Global Ratings and therefore has the ability to refinance its debt at cheaper rates. It is also lower than the public debt-to-GDP ratio in some European countries like France -where the rate is expected to be 112% this year- or Italy whose debt-to-GDP ratio is expected to reach 148% during the same period.

International debt market data show that the countries that have been able to sustainably manage their debts in recent decades are those that were able to easily access funds at cheaper rates international markets. For instance, the U.S commercial debt is forecasted to be US$23 trillion in 2022. As its official statistics reveal, the country is in a recession, with record inflation that leaves very few options to the central bank. Yet, no rating agency has downgraded its debt below the “investment grade” category.

On August 8, the Ghanaian government issued a release voicing its disappointment over the recent downgrading of its debt. However, it is not the only African country faced with a seemingly double standard in rating. Indeed, on the continent, very few issuing countries have defaulted on their debt but, rating agencies always categorize African countries’ debt in the speculative category, rendering their access to international capital markets more difficult and costly.

At a time when they also need funds to deal with the impacts of the coronavirus pandemic and other external crises, African countries were able to raise just US$6 billion on the international capital market between January and July 2022. It is far from the US$20.6 billion they raised in 2021. In that context, Ghana had no other choice than to request the assistance of the IMF although it earlier announced its intention to do without that assistance. Rating agencies estimate that IMF assistance will not provide a solution to the country’s debt crisis in the short term. However, they suggest no practical solution to address the crisis.